You are here: Home » Blog » The Rescuers-Community Viewing 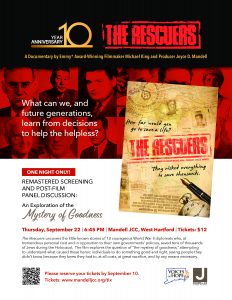