You are here: Home » Blog » A Conversation with Sam Apple 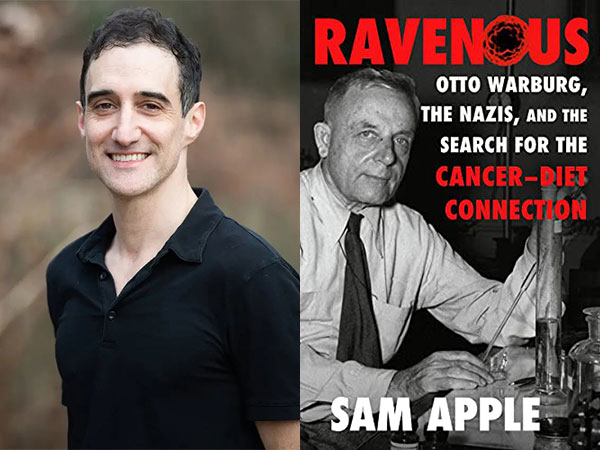 A Conversation with Sam Apple

In Ravenous, Sam Apple reclaims Otto Warburg as a morally compromised genius who pursued cancer single-mindedly even as Europe disintegrated around him. While the vast majority of Jewish scientists fled Germany in the anxious years leading up to World War II, Warburg remained in Berlin, working under the watchful eye of the dictatorship. As the Nazis systematically murdered millions of Jews, Warburg awoke each morning in an elegant, antiques-filled home and rode horses with his partner, Jacob Heiss, before delving into his research at the Kaiser Wilhelm Society. Hitler, deeply troubled by skyrocketing cancer rates, ironically viewed Warburg as Germany’s best chance of survival.

Sam Apple is on the faculty of the MA in Science Writing and MA in Writing programs at Johns Hopkins. In addition to Ravenous, he wrote Schlepping Through the Alps and American Parent. His work has appeared in many publications, including The New York Times Magazine, The New Yorker, The Atlantic, Wired, and The Los Angeles Times.